Last-mile Challenge Not an Issue Anymore 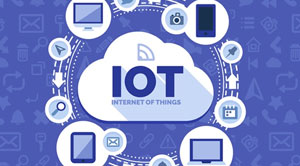 The last-mile challenge is one faced by both delivery services and commuters. The problem is that public transportation often does not deliver on that last mile, i.e., take people all the way to their office or place of work. These people then have to use an alternative method of getting to their final destination.

FREMONT, CA: Surveys show that a lot of commuters regularly drive to and from work. The numbers are rather frightening as cars are an important source of air pollution. People favor driving to work for a comfortable commute, selection of efficient route, and choice of transportation options. Initially employed in telecommunications, the term “last mile” is now used by many to describe the final leg in a commuter’s journey. The last mile is a matter of concern for passengers who do not want to but have to walk for extra time to the office.

One answer to the problem is the IoT. IoT scooters, bikes, and cars all play a pivotal role in solving the last-mile commute challenge.

The most environment-friendly answer to the last-mile problem is bicycles. Companies not only provide a connected bike-sharing service, but they also supply all the system data for anybody to see. Bicycles are safe and useful in bike-friendly cities, of which more are popping up worldwide.

Many commuters take a taxi for that last-mile commute. Taxi companies are starting to become connected, gathering travel data on a passenger that will help public transportation with traffic issues.

It is worth noting that the last-mile challenge is not just about convenience. In addition to environmental issues, the lack of transport options hurts job seekers as well. A study has found that public transit commuters’ ability to reach their nearest stop has an impact on the professions available to them. Researchers have discovered that the review held is especially true for low-wage personnel in suburban areas who have limited public transit options.

Internet of Things (IoT) is a clear way to resolve the problems, for now. However, to solve the last-mile issue, cities need to employ the data pulled from the IoT-based devices. Such information can offer a clear plan on how to develop public transit options so that more people can avail transportation.