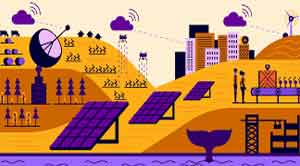 To expand the electronic business, Lear has turned to the startup world by making a new investment in Silicon Valley venture-capital fund.

Fremont, CA: The demand for intelligent mobility and experience-enabling technologies is increasing. To address this, Lear Corp., Southfield-based seating and electronics supplier is making a new investment in a Silicon Valley venture-capital fund as it seeks new technologies to expand its electronic business. The company said Tuesday that it invested an undisclosed sum into the second fund operated by Menlo Park, California-based Autotech Ventures, which bankrolls startups in infotainment systems, autonomous driving, automotive cybersecurity, and more. Because Autotech Ventures has deep industry network and continuously focuses on identifying emerging trends in the automotive market, it will be an excellent opportunity for Lear Innovation Ventures.

Lear has invested through Lear Innovation Ventures arm, which is a new division launched in January 2019 designed to position Lear ahead of competitors in the world of tech startups. Also, last year, it has partnered with startup incubator Techstars Detroit by offering the organization space in its downtown office and working as a corporate sponsor. Followed by, Lear has also invested in another venture capital fund managed by Israel-based Maniv Mobility. Lear aims to grow its $5.5 billion electronics business and is forecasting to grow its e-systems business to $8 billion by 2025 which is a 45 percent increase owing to slower growth in its larger, traditional $15 billion automotive seating business. Further, Commodities and competition significantly limit margins in the seating business. But electronics systems are increasing due to electrification, autonomous systems and connectivity in vehicles.

In 2015, Lear owned the intellectual property and technology of Santa Rosa, California-based Autonet Mobile Inc., which is an Internet-based telematics and app service provider for the automotive market. It also acquired Troy-based automotive connectivity supplier Arada Systems Inc. which supplies vehicle-to-infrastructure technology on roadways, including in the city of Detroit. This shows that before disclosing its innovation division, Lear had previously invested heavily in startups and smaller technology firms.

This new fund is the second by Autotech Ventures followed by a $120 million fund, in 2017 where several auto suppliers, including BorgWarner Inc., Denso International, Autoliv, and Mahle, participated.