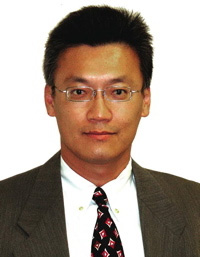 “ABBYY helps in digitizing documents and automating these processes, by delivering critical data and context to the business process or workflow,” said Dean Tang, CEO, ABBYY North American Headquarters (NAHQ). ABBYY is focused on the automation and acceleration of document-centric processes. “The scientists at ABBYY continue to focus on improving the automatic understanding of content, text and context, enabling customer’s current systems to be more effective so that they can make better decisions, and reduce costs.”

“ABBYY's FineReader stood out as the most impressive optical character recognition (OCR) engine because it works across the operating systems of several different devices,” said Antony Edwards, Chief Technology Officer at TestPlant. “Our collaboration with FineReader allowed TestPlant's software to advance beyond 'image-based' to become a fully visual automation tool.”

ABBYY FineReader Engine is based on the ABBYY recognition platform and the Software Development Kit (SDK) enables scanned documents and images to be transformed into searchable and editable document formats. The SDK's recognition functionality for extended and advanced capabilities is finding wide use among software developers to create test automation applications that are not usually associated with traditional use cases. These range from Video game designers who conduct tests before a release using the FineReader SDK to Global car manufacturers who test their car infotainment systems using ABBYY FineReader Engine.

FineReader Engine helps avoid common problems associated with translating into other languages on multiple device screens at once in an automatic way through ABBYY's heritage of language-based AI technologies.