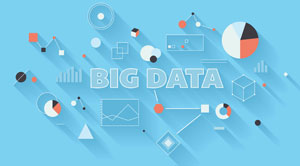 The financial crisis of 2008 has led people to lose trust towards banks and they even inclined towards third parties as the facilitators of their financial system. In parallel, in order to obtain a new paradigm in the way information is shared and records are maintained, blockchain technology emerged with a potential to create new financial and economic system. The most important aspect of blockchain is that it is completely decentralized, as no person or company controls its integrity. This makes it unyielding, and information is retained permanently on the blockchain network. As a result, when bitcoin, the first cryptocurrency based on blockchain emerged in 2008 it turned out to be an alternative currency and financial ecosystem which was independent from the financial institution. Although, in the bitcoin network, the transaction information is publicly available to track, the details of the parties involved in the transaction are kept anonymous.

Due to this anonymity in bitcoin transaction there are chances for fraud, hacking and unauthorized instances that posses a significant risk for businesses. To address this predicament, big data analytics play a crucial role in identifying the arrangement and trends allowing business to pinpoint and identify iniquitous individuals in the predominant network. Blockchain, in a way correlated to big data as the analyst have multitudinous amount of data which they can uncover and analyze. All this data means that there is a complete divergent ball game for the analysts will have more access to relevant data. This can allow companies to wrap up with cognizance regarding data and information that increasingly become more salient as the technology gets accepted on a larger and grander scale in business space.