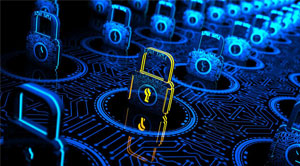 Since its conception and integration in business, governance risk and compliance (GRC) landscape has rapidly evolved. Alongside many other industries, GRC also has leveraged the technology trends, replacing the perception of GRC being an afterthought to an industry-wide process that needs to be holistically implemented. The year 2017 was replete with regulatory anticipation with organizations preparing for a new set of compliance regulations such as GDPR and MiFID II. By utilizing GRC technology, enterprises are staying ahead of the curve, thereby ensuring compliance as well efficiency. The current year is also poised for such developments and more.

In the past decade, GRC trends have come out of organizational level and have penetrated a wide scale marketplace. There is a constant change in the technology paradigm that has coerced organizations to re-evaluate risk perception. These responsibilities previously fell on the shoulders of internal auditors, however with the advent of independent assurance providers, gradually the job description of the auditors have changed. In addition, the burgeoning cyberattacks have shifted the focus of most organizations to operational risk management. In the years to come, businesses have to apply analytics, data mining technique along with blockchain, AI, and other turnkey technology to negate cyberattacks. Since more and more organizations are adopting a proactive approach towards cybersecurity, the first line of defense needs to own, manage, and understand the risk that they are taking.

It is evident that businesses are poised for greater development in the GRC technology landscape; they need to build a holistic framework to ensure that they stay ahead of breaches, hacks, as well as malware attacks. It is quintessential for organizations to leverage GRC technology and be proactive rather than reactive to avert cyberattacks.