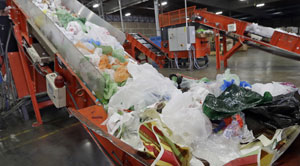 FREMONT, CA: Plastic waste pollutes earth’s environment, destroying micro-habitats both on land and at sea. Out of the 8.3 billion metric tones of plastics manufactured till date, 6.3 billion metric tones is wasted while a mere 9 percent has been recycled and managed. The lack of recycling of waste disturbs the balance in the ecological settings. Plastic waste is comprised of many compounds among which polypropylene is a major constituent. Polypropylene (PP) waste accounts for 23 percent of the total plastic waste generated. The conversion of PP waste into consumables will aid in lowering risks related to environment and public health.

A group of scientists have successfully announced the technology which converts commonly occurring PP waste into fuel using supercritical water. The research paper published by the same entails how PP, one of the contents of plastic from which toys, medical devices, and food packaging are made, can be purified and converted to oil similar to gasoline used for automobiles. The process of conversion is carried out by the addition of supercritical water in a controlled environment with temperature ranging from 716 to 932 degrees Fahrenheit.

The scientists use supercritical water because it has the ability to dissociate purified PP maintained in an enclosure exerting pressure over 2300 times the barometric readings found at sea level. The process spanned less than an hour when at a temperature of 850 degree Fahrenheit, with the formation of oil as a byproduct alongside solid residue and water. The oil formation obtained from the conversion of PP, when tested to understand its characteristics, showed resemblance to gasoline. On testing the properties of the oil by-product and jet fuel using various parameters, they were found to have similar characteristics. The head scientist believes that the conversion from purified PP to oil has a yield capacity of 90 percent, implying that most of the PP waste generated on earth can be converted into oil.

As the earth’s oil wells are on the verge of exhaustion, this lucrative clean technology can be encorporated into the market for mass production.

sera: Going Above and Beyond Dosing and Compressor Technology

Materials Design: Computational Materials Science to Provide the Right Tool for Each Property