Looking Beyond GPS to Achieve Most Accurate PNT Solutions: DARPA 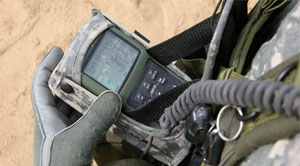 GPS signals have their limitations as they cannot be received underground or underwater and can be significantly degraded or unavailable during solar storms. More worrisome is that adversaries can jam signals. GPS continues to be vital, but its limitations in some environments could make it an Achilles’ heel if warfighters rely on it as their sole source of PNT information.

“Position, navigation, and timing are as essential as oxygen for our military operators,” said DARPA Director Arati Prabhakar. “Now we are putting new physics, new devices, and new algorithms on the job so our people and our systems can break free of their reliance on GPS.”

Adaptable Navigation Systems (ANS) is developing new algorithms and architectures for rapid plug-and-play integration of PNT sensors across multiple platforms, with the intent to reduce development costs and shrink deployment time from months to days. ANS aims to create better inertial measurement devices by using cold-atom interferometry, which measures the relative acceleration and rotation of a cloud of atoms stored within a sensor. The goal is to leverage quantum physical properties to create extremely accurate inertial measurement devices that can operate for long periods without needing external data to determine time and position. Additionally, ANS seeks to exploit non-navigational electromagnetic signals--including commercial satellite, radio and television signals and even lightning strikes--to provide additional points of reference for PNT. In combination, these various sources are much more abundant and have stronger signals than GPS, and so could provide position information in both GPS-denied and GPS-degraded environments.

Microtechnology for Positioning, Navigation, and Timing (Micro-PNT) leverages extreme miniaturization made possible by DARPA-developed micro-electromechanical systems (MEMS) technology. Micro-PNT comprises a portfolio of diverse efforts collectively devoted to develop highly stable and precise chip-scale gyroscopes, clocks and complete integrated timing and inertial measurement devices. DARPA researchers have fabricated a prototype with three gyroscopes, three accelerometers and a highly accurate master clock on a chip that fits easily on the face of a penny. The self-calibrating, high-performance and cost-effective microscale sensors that DARPA is developing could offer tremendous size, weight and power (SWAP) improvements over existing sensors.

Quantum-Assisted Sensing and Readout (QuASAR) intends to make the world’s most accurate atomic clocks—which currently reside in laboratories—both robust and portable. QuASAR researchers have developed optical atomic clocks in laboratories with a timing error of less than 1 second in 5 billion years. Making clocks this precise portable could improve upon existing military systems such as GPS, and potentially enable entirely new radar, LIDAR and metrology applications.

The Program in Ultrafast Laser Science and Engineering (PULSE) applies the latest in pulsed laser technology to significantly improve the precision and size of atomic clocks and microwave sources, enabling more accurate time and frequency synchronization over large distances. These capabilities are essential to fully leverage super-accurate atomic clocks, as clocks such as those that QuASAR seeks to build are more precise than our current ability to synchronize between them. If successful, PULSE technology could enable global distribution of time precise enough to take advantage of the world’s most accurate optical atomic clocks.