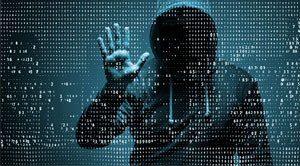 High Profile breaches such as the 2013 yahoo users account breach and the 2017 Equifax breach has highlighted the constant struggle between creating an effective security system to keep at par with the changing cyber-attack patterns. Though the advances in cybersecurity such as the introduction of permanent biometrics and high-end authentication have created a sense of security in the market, yet firewall breaches, decryption of data, ransomware, phishing emails, spams, spyware, Trojans, viruses, and several types of malicious wares continue to cripple the economy.

To fortify cybersecurity, security experts believe that implementing machine learning capabilities to security software will help the security systems learn from the attempted breaches on the user’s core system.

Machine learning has the capability to customize the security software according to the volatile patterns of the malware. It can empower the security systems to prevent future breaches by constantly analyzing in real-time for the recurring patterns in malicious codes. Moreover, machine learning and neural networking will effectively bring forward visibility to malicious activities, which would be impossible for normal antivirus systems to prevent attacks.

Against this background, machine learning will also increase storage capacity by eliminating unnecessary and corrupt data.  The neural networking analysis will prevent the creation of data silos and strengthen the privacy protection because there will be fewer data to protect.