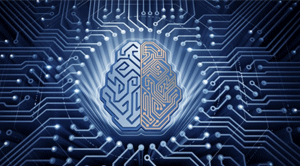 A Cornell University-led team has developed an innovative way to use machine learning to analyze the Scanning Tunneling Microscopy (STM) data.

FREMONT, CA: Even in the past, analyzing electron behavior has resulted in revolutionary advancements in science, such as a cathode ray tube or an electron microscope. With the rapid progress in technologies, it’s possible to study electron behavior at a much deeper level. Thus there is a high possibility of world-changing breakthroughs in the near future. However, there is a major limitation here. The data generated by modern tools are too complex for humans to interpret.

A Cornell University-led team has developed an innovative way to use machine learning to analyze the Scanning Tunneling Microscopy (STM) data, processing the subatomic scale visuals of electronic motions in materials at different energies. Such abstract information is unattainable by any other means. In fact, some of the visuals were taken on the materials that were considered essential and mysterious for decades. The research provided invaluable insights into the way electrons interact and established machine learning as one of the prime technology that will facilitate further discoveries in the field of quantum physics.

The challenge to interpret the data generated by the current tools arises from the underlying fact that at the subatomic level, there are trillions of electrons interacting with each other and the surrounding environment. However, with STM, electrons tunnel into the vacuum between the surface of the sample being examined and the conducting tip of the microscope thereby enables detailed information over the electron’s behavior. Even then, the data generated by the instrument is more like a pattern which is tremendously complicated than a traditional measurement curve.

To interpret such data, researchers had prototyped an ideal environment and included factors that would have affected electron’s behavior. Then they went on to train an artificial neural network that can learn about a task using methods analogous to how the brain works. After inputting the experimental data into the neural network, it determined the theory that the original data at most resembled. The method established that the repulsive energy was more detrimental to electron’s behavior.

Future understanding of how electrons interact on various materials and under varying sets of condition will inspire future discoveries.