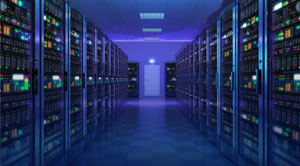 The emergence of cloud storage has led some to believe that hard disk drives (HDD) will soon be obsolete. However, WD believes it has overcome restraints that will facilitate more spacious and more efficient storage operation inside HDDs for big data workloads according to the report. At a media event in its San Jose headquarters, WD revealed ultra-high capacity HDDs tailored towards future high-scale demands of big data. The event featured a demonstration of the world’s first microwave-assisted magnetic recording from its inventor, Professor Jimmy Zhu from Carnegie Mellon University. WD also displayed its advancements in microactuation and Damascene recording head technology.

According to John Rydning, IDC’s Research Vice President in Hard Disk Drives, WD’s demonstration of MAMR technology is a significant breakthrough and will lead the way for higher recording densities and lower cost per terabyte HDDs for enterprise data centers, video surveillance systems and consumer network-attached services products. WD owns more than 7,000 patents for HDD technology including development for an ongoing helium-enabled HDD. Along with the recent introduction of the world’s first host-managed, shingled magnetic recording (SMR) enterprise-class 14TB hard drive and a long history of world’s firsts in multi-disk design.