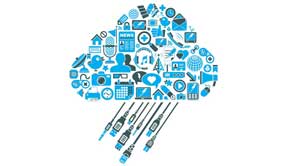 As intermediaries between different software, Application Program Interfaces (APIs) have revolutionized the software development process. An API-first approach is the norm for several companies seeking to promote the integration of their proprietary software with other products—either through strategic business partnerships, or in the open market, which has led to the birth of ‘API economy’. Typically, APIs are classified into 2 categories—Public and Private, depending on the access granted. While private APIs are developed by a company for internal use or shared only with its authorized customers, public APIs are those that are released by companies into the public domain. Normally, the context in which private APIs are used is known, due to which the scope for misusing them is minimal. However, this is not the case with public APIs where the usage is unregulated. This necessitates an understanding of the advantages and disadvantages associated with them.

A major advantage of public APIs is that they allow the developers to be more creative by integrating one application with another using the API, they have access to. The experimentation enables developers to come up with unique and niche functionalities attached to their software, while the publisher of the API benefits from an enhanced user base at literally no cost, without losing the proprietorship of the source code.

The enhanced functionality built by a developer, enables the companies publishing APIs on the internet to extend their brand value, which helps them in promoting and marketing their Enterprise better.

Growth, in the context of API economy is measured by the number of APIs released by companies and the extent to which they are consumed. Public APIs are a great step in that direction. Therefore, the developers using public APIs are not only extracting value from API economy, but also contributing immensely to it.

Just as there are advantages, there are also certain disadvantages associated with public APIs. For instance, the customer service; integration of 2 different software suites through an open API may not be a straightforward process, in which case seeking the publisher’s support becomes inevitable for developers. But understanding the developer’s desired outcome from the integration and providing the solution that suits his requirements, may be time consuming and infeasible for the publisher.

Developers too face a certain amount of risk with public APIs as the publishers are at liberty to alter it and release a new version at any time. Withdrawal of the API is likely to crash the application developed using the earlier version of the API. This is seldom the case in private APIs where publishers are bound contractually to keep the consumers informed about imminent API releases.

Detecting the potential misuses of public APIs is usually cumbersome as publishers do not have control over it. This may also impact the reputation of the company publishing APIs.

The equilibrium between advantages and disadvantages of public APIs seems to manifest itself as a major predicament for developers. Several solutions have been proposed to tackle this, of which deploying API management tool is one. These software tools help publishers in controlling the integrations that are built using their APIs. The built-in features for analytics also help in monitoring the traffic to the applications, which detects any possible misuse of the API.

As for the drawback on crashing of applications due to withdrawal of APIs, publishers generally tend to release information in the public domain about any such move. Sudden withdrawal of support is likely to impact the publishers’ reputation.

There are advantages and disadvantages associated with the public APIs. While they lend dynamism to the API economy, alongside they also present challenges when publishers withdraw the support. However, such a thing is unlikely to happen at a short notice as the publishers’ reputation is at stake. Further, the deployment of API management tools provides the required level of visibility to publishers, which prevents any possible misuse of APIs.