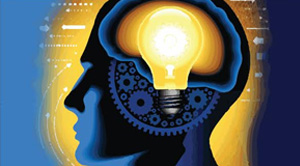 In today’s enterprise environment driven by vivid realms of IT, maintaining the level of agility in business critical operations has become imperative. Hardware and software components work in a collaborative manner to achieve a common goal––boosting productivity. But, as networks play a crucial role in operating these components, the need to initialize a centralized automation technique arises. Software Defined Network (SDN) is one such widely used technology that creates programmable networks and effectuates the principle of automation in network devices. It stages an independent and flexible network infrastructure that does not require the assistance of a network administrator.

ReportsnReports, a market research firm predicts that the global SDN market is expected to reach a staggering $3,670 Mn mark by 2019. Deployment of data center consolidation and network virtualization techniques by enterprises are considered as the major growth factors.

Technically, an ideal SDN is integrated with an SDN Controller that manages network devices and effectively controls the flow of data packets––staging an intelligent networking scenario. Additionally, the controller deploys protocols such as ‘OpenFlow’ to control the servers; also enabling network switches to send the data packets in a channelized manner. Considered as a standard communication protocol, OpenFlow allows an SDN to directly establish a link between the physical as well as virtual routers and switches.

The Role of Security in SDNs

Security plays a vital role in SNDs as it blocks the flow of malicious traffic into the system in a systematic manner, while allowing normal traffic. Furthermore, it implements a Policy-Based Routing (PBR) algorithm and directs the traffic through a series of Intrusion Detection Systems (IDS) and firewalls, ensuring higher level of safety. The entire scenario promotes network visibility for system administrators and accelerates the flow of basic operations.

Benefits of Deploying an SDN

With a wide array of possibilities in the networking arena, below mentioned are some benefits of deploying SDNs in enterprises:

SDN facilitates unprecedented efficiency in terms of virtualization, network administration and server utilization. As most processes of an SDN are automated, enterprises can effectively save on the operational costs involved.

Operating in an automated environment, SDNs are equipped with the ability to control high levels of traffic specifically associated with data transmissions; also boosting the Quality of Services (QoS) delivered. Data processing becomes faster and easier, as an ideal SDN improves the network performance for enhanced user experience.

A highly functional SDN effectively deploys a centralized controller to manage various network components and virtual switches. It also offers a set of APIs to develop a single console that can manage the devices efficiently. Furthermore, to meet the challenges involved in complex platforms such as Big Data, it is crucial to update the applications and virtual machines that forms an integral part of enterprise networks. SDN facilitates the ability to monitor as well as make changes in the existing network configuration; also maintaining stability in the network.

As most enterprises access the internet through multiple access points, monitoring the seamless flow of data becomes essential. An SDN controller is capable enough to supervise all access points and network switches connected to the system. Furthermore, it systematically separates the data plane from the control plane of a network device. In this manner, potential network attacks and data leakages originating from a single source can be identified and controlled across all the access points.

Although modern technology vendors offer solutions integrated with a wide array of features, it is always recommended to adopt an all-inclusive and holistic SDN platform to achieve high level of productivity.

A Detailed Review of SOAR Security