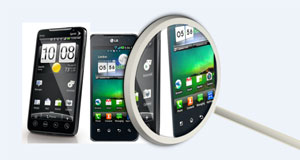 FREMONT, CA: Devices are becoming more complex and requires more extensive testing before market introduction. This is driving manufacturers to develop more technology. According to a news report by Microwave eetimes, MIMO OTA is one of the developed technologies to improve the radio performance of future mobile devices.

The testing is of two types; one that uses an anechoic chamber and another that uses a reverberation chamber, both carried out in combination with a channel emulator.

CTIA, a non-profit membership organization which represents wireless communication industry since 1984 has been investigating MIMO OTA performance since March 2011.  Now, they have agreed to move forward with two types of OTA activities with multiple antennas. Also, CTIA has recommended a ring of at least eight antennas in an anechoic chamber, which is ideal for testing mobile phones and small tablets. MIMO OTA testing also includes the testing of larger devices such as tablets and laptops, which require a ring of 16 antennas.