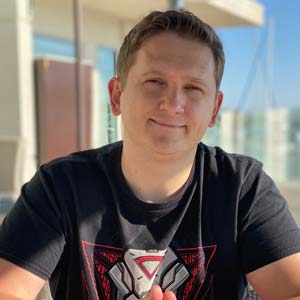 With the inflow of capital, Mobalytics can broaden their platform into the development of its gaming assistant with the help of advanced analytics and personalization.

FREMONT, CA: Mobalytics is a personal gaming assistant and analytics platform. The company is also the winner of TechCrunch Disrupt Battlegrounds and founded in 2016. They are committed to helping the video game fans so that they can conquer their favorite titles. The platform has announced that it has raised $11.25 million Series A led by Almaz Capital and Cabra VC. The other investors who participated in the round consist of HP Tech Ventures, General Catalyst, GGV Capital, RRE Ventures, Axiomatic and T1 Esports.

With the inflow of capital, Mobalytics can extend their platform into the development of its gaming assistant with the help of improved analytics and personalization. The company has also intended to enhance its engineering force and hire more product professionals in the next six months.

According to Bogdan Suchyk, founder and CEO at Mobalytics, "our team has built and tested the GPI (Gamer Performance Index), which allows us to analyze a player's performance by understanding their strengths and weaknesses. Therefore, players get better at their favorite games." "We are ready to combine our technology and new resources to further personalize and level up the player experience."

Mobalytics has even partnered with prominent game publishers with Team Liquid, Golden Guardians, T1 and helped professional teams as a go-to scouting resource.

Joe Marsh, CEO of T1, said, "all of our players, coaches, and teams across the T1 portfolio rely on in-game analytics, which is why we thought it was so important to invest in Mobalytics.". "We are especially excited to collaborate with the Mobalytics team to help build new training programs and tools for Valorant."