November 13th, 2018. A 300 million dollar auction at Christie’s Auction House, New York, put-forth two new world records. One is the highest price auction for the first time ever. Another vital aspect is deploying blockchain technology for the first time in the auction sale. To achieve this, Christie has collaborated with the independent blockchain-based registry firm named Artory.

However a few years ago, Jason Rosenstein, CEO of Portion has come up with an idea to deploy blockchain technology in Christie’s and Sotheby’s auction houses. But these auction houses were not ready to integrate their business sector with blockchain due to lack of authentication, transparency, and trust. Both the houses have predicted that authentication and trust plays a crucial role in enhancing their outcomes. Today, Portion is offering an open source exchange platform for digital and physical works to cater amongst young collectors through their partnership with well-established brands, building their relationships for company expansion.

The main reason behind Christie’s Auction House leveraging blockchain technology in their platform is due to the success of bitcoin cryptocurrency and toward logistics sector. Jason Bailey, the founder of Artnome, mentions that the lack of correct data has led blockchain toward forgery and misattribution. Christie’s innovative step to integrate blockchain with Ebsworth collection has provided enormous opportunities for other companies to step forward toward technological advancement. Also, data transparency with improved provenance and inbuilt high-end authentication stimulate other big art auction houses to obtain similar services for maintaining the pace in the competitive market. 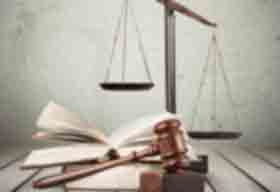