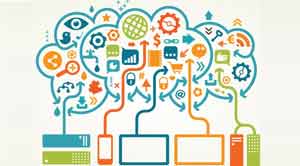 One of the ways to modernize legacy systems is by migrating to cloud computing. Although it may not always be the suitable option, in reality it can work. With cloud adoption common among businesses, even the smallest organizations are able to derive value from mobile working technologies that were previously limited to larger organizations with access to the infrastructure and range of applications needed to support the service.

Legacy Systems are not Always Bad

While it is sometimes necessary to rip out the old and replace it with the new, it's not a compulsion—irrespective of how earnestly a vendor makes the case. Many systems, in fact, work well for years, since they are paid for and they're nothing but value machines. Furthermore, there's nothing wrong with managing the information that these systems contain in place rather than migrating it to another platform. This is another common point of debate, and I find it as often to be an argument of philosophy as one of technology. The aim here is to ensure that legacy products can actually connect to the rest of the infrastructure.

While it's true that cloud-based environments often prove to be enormously effective, it might not always cure all the illnesses in an infrastructure. These outcomes were the result of the intelligent application of carefully considered solutions to a particular set of problems.

As often as not, cloud-related successes involve the rehosting of existing applications to make them easier to manage and maintain while making it accessible to more people, regardless of location. But there is more to the cloud story than just these aspects, and one of the most intriguing aspect is to use the cloud for legacy system modernization.

Imagine a cloud-based technology as a part of macro-middleware. Ignoring the conventional use calls for middleware to actually process the information it receives, considering it as a piece of connective tissue that simply passes information from a legacy system on one side to an incompatible application on the otherhand. The analogy is similar to that of an English-speaking person needing to communicate with a French speaker, and doing so by talking through someone who speaks both languages. It may not be ideal, but it can succeed enough to do the job.

This type of model works well in SharePoint, which has captured the market's imagination to such a degree that nearly every application worth—legacy or otherwise—was being equipped with a SharePoint connector. The remarkable thing in this installation was that SharePoint wasn't doing anything except acting as the go-between, rather than being used as a shared repository for the applications on either side. The organization in question already had the necessary licenses in hand, so it was a real win-win.

The starting point can be Entereprise Resource Planning ERP. Today thinking about using the cloud as the intermediary is a smart thing to do as for it now has the same high visibility and technical support that SharePoint did then. Better still, the cloud runs on an open standard whereas SharePoint is a Microsoft product. So the cloud can be painted as being philosophically "pure" as well.

Important to companies of any meaningful size, ERP systems tend to be among the first true enterprise applications to be installed, as their cost and complexity make them work for a long time. The average age of an ERP solution in mid-market organizations is considered to be over seven years. A lot can change in that span.