More than just the Cryptocurrency Spectrum: The Future of Blockchain Mining 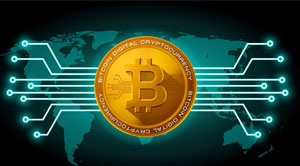 Bitcoin mining is a confirmation of the blockchain network transactions. It is a secure method of the transaction between two users in which no government, bank or central authority participates. Bitcoin nodes are used to verify blockchain transactions and eliminate double coin spending.

Miners validate new transactions and record those on the blockchain miners that compete on the basis of a cryptographic hash algorithm to solve difficult problems. The solution found is the Proof-of-Work solution. This evidence shows that a miner has spent a lot of time and resources solving the problem. When a block is solved the contained transactions are considered confirmed, and the bitcoin in question can be spent on the transactions. If a user gets some bitcoin on his wallet, it takes about 10 minutes to confirm the transaction. As the number of bitcoin miners increases every day, the competition in mining also increases. The first person who solves the complex math problems will get the bitcoin.

Currency of the Internet (COTI) developed a new blockchain based on the protocol Directed Acyclic Graph (DAG). DAG is a blockless blockchain where miners or blocks are not present. Graphs are acyclic in nature and flow in a certain direction and thus, transactions cannot be duplicated and can be automatically confirmed on the basis of previous transactions. Therefore, no miners spend time and charge code fees to confirm transactions so that funds can be credited to the other party’s wallet virtually in real time and at low cost. COTI will also store the funds of users in cold offline wallets to prevent the recent well-documented cyberattack.

Many bitcoin and cryptocurrency believers look forward to a range of institutional products on the horizon, including bitcoin futures from the NASDAQ exchange (an American stock market) in New York from early 2019 onwards.