Most Common Malicious Software Types You Should Beware of

Most Common Malicious Software Types You Should Beware of 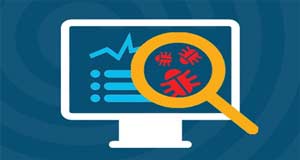 Malware is most frequently introduced into a network by phishing, malicious attachments, or malicious downloads, but it can also be deployed via social engineering or flash drives.

FREMONT, CA: Malicious software, or "malware," is written to cause harm to, exploit, or disabling devices, systems, or networks. It is used to undermine device functions, steal data, circumvent access controls, and cause harm to computers and other connected devices and networks.

Below are different types of Malicious software as follows:

Ransomware is malicious software that encrypts data and prevents a victim from accessing it until a ransom is paid. The target organization is rendered inoperable until it pays. Still, there is no guarantee that payment will result in the provision of the required decryption key or that the key provided will function properly.

Adware is malicious software that monitors a user's browsing activities to choose which advertisements to serve. Although adware is comparable to spyware, it does not install software or capture keystrokes on the user's computer.

The danger with adware is that it erodes a user's privacy—the data collected by adware is combined with data collected about the user's activity elsewhere on the internet, overtly or covertly, and used to create a profile of that person that includes who their friends are, what they've purchased, and where they've traveled. Without the user's approval, this information may be shared or sold to advertising.

A rootkit is a malicious software that enables malicious actors to take complete control of a victim's computer via remote control. Rootkits are capable of being injected into apps, kernels, hypervisors, and firmware. They are propagated via phishing, malicious attachments, malicious downloads, and hacked shared drives. Additionally, rootkits can be used to mask other types of malwares, such as keyloggers.

A bot is a computer program that executes automated tasks on command. They are employed for lawful functions such as indexing search engines. Still, when they are used maliciously, they take the form of self-propagating malicious software that can communicate with a central server.

Typically, vast numbers of bots are used to form a botnet, which is a network of bots used to execute large-scale remotely controlled floods of attacks, such as DDoS attacks. Botnets can get pretty significant. For instance, the Mirai IoT botnet contained between 800,000 and 2.5 million computers.