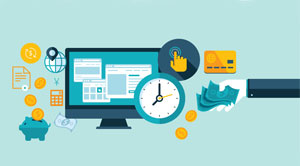 As per the report published by The Economist Intelligence Unit and Temenos, organizations across the globe are relying more on advanced technologies and paying greater emphasis on customer experience and data security. Today, the banking industry is making tremendous strides toward shifting transactions to digital channels and reforming the technology in back-end office operations. Also, banking institutions are paying considerable attention to bringing down cost and improving productivity along with preparing in advance for multiple risks and compliance needs. As a result, leading experts are predicting that the global bank executives are shifting their focus more on technology-driven trends and lesser concerned about regulations.

However in North America, regulatory fines and penalties still tend to be very high—the main concern for multinational banks and financial institutions—56 percent as compared to 34 percent earlier. The ever-changing competitive nature of the banking environment is expected to have a profound impact for 36 percent of global banks, but interestingly in Latin America, the effect was much higher which was around 48 percent including the Middle East and Africa regions scaling around 40 percent. It is primarily because of the fact that large underbanked segments are making it simple and easy for new non-bank players to adopt technologies such as smartphone and cloud.

The traditional banks still have significant advantages as they have an established and well-renowned customer base with trust and goodwill. However, in the near future, successful banks and financial institutions are going to be determined on how they cater toward their targeted markets and customers with the combination of digital and human interactions altogether moving toward improving customer satisfaction and cost-cutting.