NaaS: An Out-of-the-box Approach to Networking 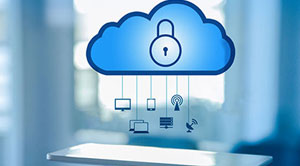 The cloud technology has ushered in a new paradigm for companies in terms of granting user access to enterprise data and applications. Further, with trends such as remote working or BYOD turning into a norm across enterprises, traditional networking architectures, involving the hub and spoke model, are inadequate to address the current day requirements. The problem gets more pronounced with organizations using multiple cloud environments such as the Office 365, Adobe Creative Cloud or even Salesforce—all of which needs to be accessed by the employees. To address the challenge, Meta Networks—a Tel Aviv-based organization—has introduced Network-as-a-Service (NaaS) solution that utilizes a global overlay network that functions like a private WAN for each enterprise customer. The local points of presence (PoPs) for an enterprise would allow users to access the Meta NaaS from across the globe.

Functioning within a software-defined perimeter, Meta NaaS is a secure, user-centric method of connecting people, applications, and cloud environments. Individuals connecting to the network through a PoP, are given a fixed identity based on their locations and the device. Network access can be obtained in two ways: either through an IPsec Client or a browser-based solution. Followed by this, a one-to-one connection is established on demand between the user’s device and the resource that the user has sought access to. Network security is guaranteed by verifying the connections at the packet level and all end user devices seeking access to the network are authenticated before the access is granted, thereby reducing the scope for cyber attacks.

The NaaS has not only simplified the connectivity between users and multiple cloud assets that enterprises typically have, but also with hybrid environments involving on-premise and cloud-based resources. Further, being available as a service, the deployment of NaaS within an enterprise environment is simple and fast. Needless to say, the solution proves to be highly agile and scalable, providing numerous benefits to enterprises.