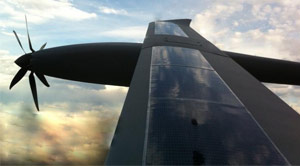 John W. Brown, Silent Falcon CEO believes, "The biggest advantage to having a Neah fuel cell on board Silent Falcon will not only be the extra endurance, but the ability to carry heavier and power hungry payloads. Neah will also give us the ability to offer extended endurance at night, which is huge from our perspective. We look forward to integrating this technology into our UAV for a demonstrable performance advantage and the ability to serve an even wider range of markets and applications."

In the whitepaper jointly released by the companies, it states the advantages of the fuel technologies. For instance, one key advantage of fuel cells are their ‘instantly rechargeable’ nature, compared to traditional batteries. It generates ultra clean electricity with no global warming byproducts.

"The Formira technology uses a liquid fuel, and is a very attractive energy option as it does not have the low energy density, safety and handling challenges of compressed hydrogen," explains Chris D'Couto, President and CEO of Neah Power Systems.