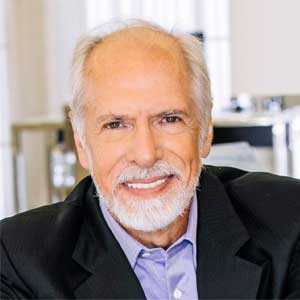 Craig Jensen, CEO
CLEARWATER, FL – DymaxIO is fast data software. Whether on-premises or in the Cloud, DymaxIO returns 40%+ of throughput that is being robbed due to I/O inefficiencies. It’s fast, easy, fully transparent, and automatic. Fix application slows, freezes, timeouts, slow SQL queries, reduce cloud compute costs, and more, at the source. Technologies announced the release of new DymaxIO which is the most cost-effective, easy, and indispensable solution for fast data, increased throughput, and accelerated I/O performance so systems and applications run at peak performance for as long as possible.

“I developed Diskeeper 34 years ago because SysAdmins were spending their weekends doing ‘backup-and-restore’ to fix performance problems due to fragmentation,” said Craig Jensen Condusiv CEO. “We have come a long way since then. We have the best engineers on the planet who have consistently evolved and improved our software from automatic defrag on spinning disks to fragmentation prevention, to multiple, patented technologies to optimize performance in virtual environments, on all-flash, and in the cloud. New DymaxIO automatically detects the type of hardware on which it is installed and deploys the appropriate performance enhancement technologies for that exact individual system so organizations can boost performance without overspending on hardware.”

There are 2 severe I/O inefficiencies that cause performance and reliability problems. First, is the windows file system tends to break up writes into separate storage I/Os which causes I/O characteristics that are much smaller, more fractured, and more random than they need to be. Second is storage IO contention, also known as the I/O Blender Effect, which happens when you have multiple systems all sharing the same storage resource. Performance is penalized twice by these storage I/O inefficiencies causing systems to process workloads about 50% slower than they should.

“By making sure that DymaxIO will adapt to your specific workload and having studied what kinds of I/Os amplify the I/O Blender Effect, we were able to add intelligence to specifically go after those I/Os,” said Rick Cadruvi Condusiv Chief Architect. “We take a global view. We aren’t limited to a specific application or workload. While we do have technologies that shine under certain workloads, such as transactional SQL applications, our goal is to optimize the entire network of systems. That’s the only way to overcome the I/O Blender Effect.”

New AI Intelligent Detection and Adaption: Diskeeper, SSDkeeper, and V-locity have been combined into a single product that intelligently detects and adapts to its operating environment using artificial intelligence.

IntelliWrite® patented write optimization technology: automatically prevents excessively small, fractured, random writes and reads that harms performance due to the severe inefficiency in the native hand-off of data between the Windows OS and underlying storage.

InvisiTasking® patented intelligent scheduling technology: allows all the DymaxIO “background” operations within the server to run with zero resource impact on current production by only leveraging idle CPU cycles and memory. 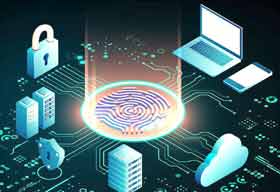 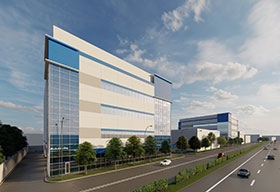