New Entrant in Data Storage, SSD: Are the Extra Bucks Spent Really Worth 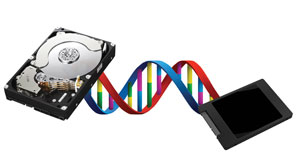 The story of data

Biologically, data existed millions of years before the appearance of human, even before the first primate walked the earth. And, perhaps this is the simplest yet most complex form of data human has ever encountered. Technically called the nitrogen bases, it’s amazing how arrangements of just five units (adenine, guanine, cytosine, thymine and uracil) can shape the existence and destiny of every creature, plant and organism within the only celestial body known to contain life. However, from a technological standpoint it’s a different story. The first piece of data dates back to the early humanoids who carved their surroundings on the cave walls. Thence, our ability to communicate started expanding and so did the generation and exchange of data. With these proliferations we have incessantly devised and improved the mediums of storing all the data floating around.

Speaking of the contemporary world, paper was the first medium. In purely computational terms, it was the punch cards used in the 1700s. Albeit, a revolutionary breakthrough at that time, by today’s standards it is a small dot in a billboard poster- typically 1 of a kilobyte per card. Finally, with the onset of the previous century, developments in storage technologies were gradual and significant. Storage mediums started graduating; byte-by-byte. Drum memory offering a few kilobytes gave way to magnetic tape drives offering a few megabytes, and the story goes on. Today, what would have easily turned into billions of punch cards to assimilate one terabyte of data can easily be carried around, in pocket. And, the story doesn’t end with exponential inflation of capacity and astounding reduction in size. Presently, the latest storage technology is capable of transferring data at thunderous rate of several gigabytes per second.

The current and the prospective standards in data storage

Launched in 1956 by IBM, hard disk drives (HDD) have dominated the storage arena all these years. Constantly reducing form-factor and cost per gigabyte, rapidly increasing storage capacities and faster access times have helped HDD’s infiltration into almost every single computer in the world. But, the recent times have seen another class of storage devices rise into the picture that is gradually rendering HDDs obsolete. Solid state drives, also known as solid state disks (SSDs) exploit what HDDs are most vulnerable towards—durability, latency and noise. To understand the strengths and weaknesses of each, a look at the bare essentials of their functioning is important.

Due to over the years standardization, HDDs today are available as 2.5 or 3.5 inch enclosures. Beneath the enclosure is a metal platter, or a set off platters with magnetic coating that record the data. Stacked around a spindle the platters rotate at high speeds in order to allow the read-write heads controlled by a mechanical arm called actuator. These read-write heads etch data into, or read data from the magnetic coating of the platters. On the other hand, SSDs beside their name don’t contain any disks. In fact, SSDs don’t have a single moving part. Instead SSDs rely on interconnected silicon-based flash memory chips for writing and reading persistent data.

Performance: The first thing a user will notice when migrating from HDD to SSD is the stark improvement of the performance. Since, SSDs are chip based and don’t require a certain patch to be under the read-write head for access, SSDs easily outpace HDDs. This can be witnessed right from the boot up of a computer. SSD equipped computers boot up fast, often in seconds. Now, modern HDDs also boot up a computer fast, but not blazingly fast as SSDs. And, this speed is prevalent even during launching applications or transferring files.

Durability: As the general rule suggests, lesser the number of moving parts, the higher will be the durability. Since, SSDs contain absolutely no moving parts they are much more durable than HDDs. Therefore, accidental falls or rugged use are less likely to bring harm to the data within an SSD. Also, the wear and tear due to the platters rotating at high rpm— nanometers from the read-write heads— is absent in the SSDs.

Noise: Even the most expensive HDDs which claim to be super quiet will make the slightest of noise when in use: due to the spinning platters or read-write heads moving back and forth. Virtually SSDs are silent as the universe.

Form factor: Form factor should also be considered, especially when computers and devices are shedding weight everyday which is a trend and need for the future as well. Although, present HDDs are sufficiently small, due the need of platters and movable read-write arms there is a limit to which HDDs can be miniaturized. In this respect, SSDs can become much smaller than the widely available 2.5 inch enclosure, which in reality is only to render the SSD convenient to use and compatible with the existing computers.

Storage capacity and relative cost: This is where HDDs score above SSDs. For computers a minimum of 500 gigabytes, or recently one terabyte has cemented as the standard storage. Ofcourse, SSDs with equivalent storage capacities are available, but those are rare and have a huge difference in terms of the money one has to shell out compared to HDD counterparts. More importantly, SSDs with lesser storage capacities often cost significantly more than HDDs with much higher capacities.

Availability: Being relatively old HDDs are easily and widely available with an enormous number of vendor options to choose from. SDDs on the other hand are slowly and surely catching up. Anticipating an expanding market and SSDs eventually replacing HDDs, major vendors are already in the pit. As SSDs move close to being the standard, options for customers will definitely swell.

There is no denying that SSDs will displace HDDs in the future, just like compact disks and DVDs displaced magnetic tapes. But, current HDD users or the ones planning to go for HDDs should not worry as HDDs still have a few years before they become obsolete. Whereas, current users eyeing for an SSD upgrade should consider a few points before going ahead. If speed is not a concern and a prime requirement, this upgrade will only deliver pleasure as opposed to the significant amount of money being shelled out. For users who read and write data extensively, it is advisable to retain their HDDs owing to the better cost per gigabyte offered. But, if speed, slim computers and devices, and higher durability are what you seek, don’t worry and go ahead with SSDs. 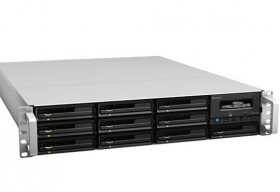 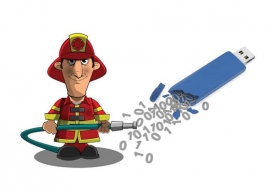 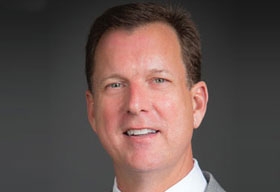 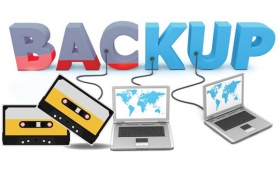 Estimate and Maintain the Lifespan of Backup Tape Media