New Technology from IBM to Make Downloads From Cloud Easy

New Technology from IBM to Make Downloads From Cloud Easy 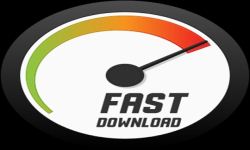 SAN FRANCISCO: IBM today declared its achievement of yet another milestone technological advancement that will improve Internet speeds to 200-400 Gigabits per second (GB/s) at extremely low power. At this speed 160 Gigabytes, 4K ultra-high definition movie or 40,000 songs, could be downloaded in only a few seconds.

With internet data traffic growing every day exponentially, it is important that networking standards supporting higher data rates to be made available in the market.

The latest prototype of the device presented at the International Solid-State Circuits Conference held at San Francisco can be used to improve the transfer of Big Data between clouds and data centers four times faster than current technology.

Semtech Corp, supplier of analog and mixed-signal semiconductors has already been given the license for the previous version of the device and is expected to announce advanced communications platforms based on this technology. Semtech and IBM have signed a non-exclusive technology licensing agreement, including access to patented designs and technological know-how to develop the technology for its own products ranging communications to advanced radar systems.

“We are also seeing an expanding range of applications in the existing radio frequency communications marketplace where high-speed digital logic is replacing functions that have been traditionally performed by less flexible analog circuitry," said Craig Hornbuckle, Chief Systems Architect, Semtech.