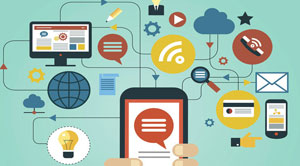 LAS VEGAS, NV: Helium, a San Francisco based IoT company, has introduced the Helium Sensor Development Kit for its full stack IoT platform, which will be available from February, 2016. The kit comes with Helium Smart Sensors, which include a new extensible daughtercard while providing access to a new set of web APIs. The sensors are designed specifically to utilize the full potential of the Helium platform, which is based on simple device connectivity, and stresses security, minimal power consumption, low cost, and ease of development.

“The possibilities of the Helium platform are endless, particularly with the ability to quickly bring more insights from new smart sensors into any enterprise solution,” said Rob Chandhok, President and Chief Operating Officer, Helium. “We’ve already built in the necessary security protocols and network connectivity, and as we continue to enhance the Helium platform, we can’t wait to see the myriad of high value solutions that IoT developers and enterprises create.”

Helium Smart Sensors are capable of programming low level sensor readings and transforming them into real time business insights. Furthermore, the kit supports both digital as well as analog interfaces and can also be deployed anywhere according to user needs. Helium has also released an extended set of web APIs to integrate the smart sensors with existing production services using REST-based points. Additionally, Helium has also launched a mobile app which offers users the same monitoring and operation features from their mobile devices. The Helium Mobile App is currently available for iOS with an Android version in the pipeline.

The company has also announced an upgraded UI for its platform, which now brings a fully equipped cloud storage and compute engine. The newly introduced smart sensor systems from Helium help companies to make sense of their internet of things by delivering real time insights and constant monitoring of all the assets, anytime, anywhere.

The Role of AI in HPC