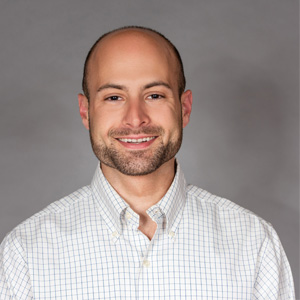 Since the implementation of the latest feature during the summer of 2020, the applications have supported 35,000 introductions, contributing to more than 20,000 matching individuals around the Pacific Northwest.

"When the lockdowns started in March, activity on the apps spiked," said Ben Mussi, Founder, Seattle Dating App.  "Over 5,000 users signed our Safer Dating Pledge that month, volunteering to refrain from meeting their matches in-person and to get creative with new dating approaches.  We committed to engaging our users in a focused dialog about improvements they wanted in the apps to better navigate the lockdowns as a community."

In the following months, the apps launched a range of new features designed to bind local singles more effectively by lowering contact barriers. The most common part was the Introduction Icon, which helps people to share messages before matching. Since the implementation of the latest feature during the summer of 2020, the applications have supported 35,000 introductions, contributing to more than 20,000 matching individuals around the Pacific Northwest. A total of 6 million app swipes have created more than 200,000 chats among more than 50,000 people who have already been paired.

Another development came as the apps worked with Dating Coach Shantelle Canzanese to deliver 20 minutes of free consultation. First, for dating applications, these free dating coach consultations provide customers with tailored profile tips, professional guidance on simplifying the nuanced world of modern dating, and introducing the various resources that Shantelle provides to support dates more smartly and more effectively. "Teaming up with an expert like Shantelle was a no-brainer.  Singles have become much more intentional about dating during COVID. When people have better profiles, they tend to enjoy higher-quality matches," said Mussi.

Quickly responding to suggestions is nothing new for the Seattle Dating App and the Portland Dating App. Each functionality has been brainstormed and voted on by local singles on social media sites to develop applications by user-generated ideas. "We implement a new feature when nearly everyone wants it.  For example, 96% of our users voted for schedule-based matching so finding a date on your day off is much easier.  We released more than a dozen similar feature updates throughout COVID in 2020 to help more locals connect," added Mussi.

The efforts are paying off for some lucky singles. A former app user, Christina, wrote to the apps in October to say, "Please remove my profile. I met a great guy from the app about a month ago.  We areso thankful to have met during these crazy times. Thanks!"

A Detailed Review of SOAR Security