Not Everything is Good About Windows Server 2016 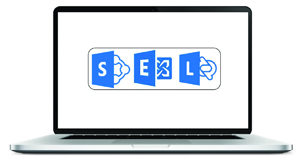 Microsoft is the latest among the big companies to plan their server licensing policy as per cloud requirements. The software giant is all set to unveil its Windows Server 2016 and there are a lot of talks going on about what this means to its clients.

The difference between the older versions and the Window Server 2016 is that, although the CALs will remain the same, the licensing of client side server will change, moving from processor based licensing to core based licensing.

According to Microsoft, “Core based licensing provides a more consistent licensing metric regardless of where the solution is deployed on-premises or in a cloud.”

Microsoft has opted for such a change in order to support Hybrid cloud. The move also aligns the servers to a common licensing denomination that is a standard measure for capacity across different environments. Although this new Server and its capabilities with the cloud seems intriguing to customers, there are a few underlying issues, which are more worrying, particularly to the big businesses.

The licensing cost of two cores would be 1/8th of the old licensing fee. And this is okay for normal machines with 2 processors (at 8 cores each) as there is no change in cost in comparison to the old licensing policy. But in case of high process machines, the users will have to pay extra. Especially businesses in the process of switching to systems with higher core count will be hit with heavier costs as the licensing model changes.

With the new shifts, companies will need a minimum license of eight cores per processor and 16 cores per server. Companies with Windows servers under software Assurance (SA) licensing can renew their coverage under the recently announced per-core licensing model when their existing coverage expires.

On the other hand, clients with Enterprise Agreement (EA) can continue to acquire the processor based licensing as the agreement lasts up to three years. But eventually even they will have to cash in on the new licenses when the old one expires.

The problem with the new licensing policy is that, users can easily go wrong while calculating for the number of cores. So it is better to have an inventory of the cores or risk an audit from Microsoft in case of under licensing. Software Access Management (SAM) tools come in handy here as they can assemble inventory data rather quickly.

To conclude it, the Windows Server 2016 might as well be the next big thing from Microsoft, with its huge Hybrid Cloud capabilities. But it has a few, serious drawbacks as well which companies might want to look into before abandoning their Server 2012 R2 for the latest Server 2016.