Online Gaming on Smartphones: Is Technology the Secret of its Popularity? 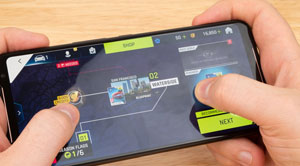 The online mobile gaming industry has evolved through various developmental phases. From plain ideas to breakthrough games, the excitement has been never-ending.

FREMONT, CA: The development of mobile games can be traced back to the time when mobiles started entering the market. Today, with an explosion of personal phones and advancement in technology, online gaming is at its best. From simple, single-player games on early handsets, the games have evolved to have extraordinarily engaging and dynamic interfaces and amazing graphics technology on today's smartphones and tablets.

Previously, the games had limitations and hence were non-interactive and less engaging. Rapid technological development has given creators the license to leverage tools to create and run games better on phones. The kind of rapid development that the phones are continuously undergoing and the smart connectivity have created the right ecosystem for design and development of online games.

The online games today are replete with exciting storylines, well-drawn characters, and intelligent resources that create a better simulation. The concept of having storylines started way back and became popular in an instant, but it is now that people have got a chance to experience the best gaming services right on their phones. The older designs of popular games are sometimes reused because of the loyal fans they have. The newer versions have the old graphics but are made to look cutting edge.

The feature of touchscreens has proved to be a significant factor in the way mobile gaming has progressed. The handsets people used earlier had numeric, and QWERTY keypads, which meant controls were limited. With the touchscreens, the interface becomes more intuitive and convenient. Technology becoming affordable and smartphones reaching a broad user-base also has a role to play in making online gaming on phones popular. The time when the circulation of games was difficult and costly is now gone.

Now people can save games on devices in the form of applications. One can easily connect to the internet, and play a single-player or a multiplayer game. Multi-player games make online gaming more attractive. The world can expect the online mobile gaming industry to keep bettering the gaming experience in the upcoming years.