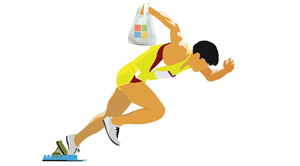 IT managers are seeking alternative ways to replace their legacy software, without dropping Windows operating system due to high cost implementation and license dependency of proprietary software. Open Source software has found its way into enterprises infrastructures as it provides access to third party vendors and developers to modify the software and publish them. They are also known as Free or Libre Open Source Software (FLOSS). FLOSS licenses users with the freedom to study and modify the program, to run for any function and to redistribute copies of either the original or modified source code (without having to pay royalties to previous developers). And, enterprises can update the FLOSS executions according to their requirement and also publish it for the other user’s requirement. This is one of the reasons why enterprises appreciate Open Source products and its advantages.

Due to the open nature of the software, the design deliberations are open in contrast to the closed processes of proprietary vendors’ software. Also, the Open Source software products are easy to assess and evaluate with the help of the Community and Help pages. Open Source allows anyone to contribute code and permits software to integrate with not commonly encountered use cases, that a proprietary vendor would least taken into consideration. In terms of innovation, the Open Source development reflects Bill Joy’s law: “No matter who you are, most of the smartest people work for someone else.” That is unfeigned for all the software vendors, so leveraging a product with potentially larger developer base enables access to greater innovation.

There are many free to use Open Source software available right now, particularly, with the recent developments in the Mozilla Firefox browser, Thunderbird Mail suite and other OpenOffice.org productivity suites, which are enabling company administrators to experiment with Open Source applications while allowing users to remain hinged with Microsoft Windows.

In the context of Open Source, Robin Bloor, an analyst with Hurwitz & Associates, says that the recent improvements made to Firefox has contributed to an incredible takeoff that accelerated interest and credibility in Open Source software applications extended for Windows. He says that Firefox, when used with OpenOffice, gives the basis for going with Open Source without dropping Windows, because the Firefox applications look and operate similar to that of Windows applications. Firms can avoid costs and risks associated with migration and training.

In the Open Source landscape, there are few tools available that serve as office suites such as LibreOffice. LibreOffice offers all the features which we could ever get from an office suite. It retains an easy-to-use interface and pays off well for the enterprises’ revenue. Along with that, transferring files become more comfortable and convenient through the Open Source Filezilla. It helps to upload the files using traditional FTP server and allows keeping the data secure with SSH keys using SSH File Transfer Protocol (SFTP), one of the best-in-class FTP management applications on any desktop OS. Users can change permissions, drag drop, and even master number of batch transfers without putting much effort. To the entire Open Source suite, Notepad++ contributes to be an amazing text editor ever conceived for Windows users for free. It features a customizable GUI, tabbed interface with macro support, zoom functionality and Perl Compatible Regular Expression Search and Replace. Some of the other Open Source applications to consider for businesses are WinDirStat to track down large files that are stealing precious hard drive space and Wox—a keyboard launcher designed to make you more productive at your Windows computer.