OpenStack: A Look into its Past, Present and Future 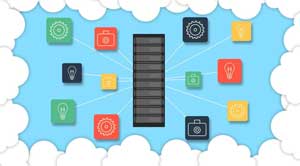 It was back in July 2010 that the marketing line-up at Rackspace, collaborating with NASA, introduced OpenStack to the world. The mission at hand was to assist organizations in building cloud services and OpenStack was apparently the befitting platform. Following its launch, OpenStack generated a mixed reception that kept fluctuating till quite some time. Developers of Ubuntu Linux were among the earliest to adopt OpenStack in 2011 and thereafter it garnered complete support from Canonical, the source of Ubuntu. The most recent breakthrough transpired in 2015 when Platform9 confirmed OpenStack’s full interoperability with VMware vSphere.

Numerous hosting companies along with technology competitors, today, draw on OpenStack and the platform has several advocates within the open-source community. It is the perfect solution for end users who intend to build a cloud for free as well as for system vendors moving to a service-oriented model. Over the years, OpenStack has matured to a great extent. The OpenStack Foundation has brought into play OpenStack Navigator, an online tool to assess the completeness for each module—links, precise specifications, and descriptions—alleviating the task for end users. Besides, it provides replicas of use cases in a variety of configurations.  Going by its rapid evolution, the long-term vision for OpenStack looks bright.

From an overall perspective, however, OpenStack seems to befit private and hybrid clouds while addressing valid issues of security, big data, and databases in a systematic manner. On the contrary, the absence of WAN bandwidth triggers high risk for the hybrid cloud, since the crucial transfer of data between the public and private cloud segments will be an impediment for the near future. To exacerbate this, the deficiency of installation tools is pushing IT vendors to go public. On the other hand, the efficiency boost that containers deliver is a viable factor that might disturb the economics of a public cloud connection and instead endorse an all-private cloud approach.

The OpenStack community is placing quite a hefty bet on containers through featuring multiple services that streamline the functioning of containers on OpenStack. It is, nonetheless, unclear as to how this boost from containers will shape the future of OpenStack. There is a fair chance, though, that OpenStack will be accepted as a platform especially suited for private and hybrid clouds, as the industry has been spending a lot on it already. While functioning with the container technology seems to have come naturally, enterprises ought to extend to more open source projects so they can merit from the innovation that betide on the far side of  its proximate scope.

In the present scenario, OpenStack is most harnessed by telecommunications enterprises that use the platform for replacing a bulk of their expensive proprietary hardware with software, or in other words, for network function virtualization. Some of the leading telcos that have widely espoused OpenStack include Deutsche Telekom, AT&T, and a number of telcos in China. The mere fact that these companies are staking on the project amounts to the certitude of its long-term prospects. It is notable, however, that the C-suite is yet to grasp the project to its core but this is eclipsed by the outstanding support that OpenStack has received off late from market spearheads like Comcast and Walmart. Moreover, the growing interest of mid-sized enterprises in OpenStack is adequately supplemented by their customers who are either broadening their clouds or introducing new ones in different settings.

For times to come, OpenStack might prove to be tedious—not because it has not been successful but because it is estimated to remain stable. But the line-up that backs the project looks forward to continue innovating, as being static is definitely not a choice with technology and it has already been discerned that OpenStack is at its peak when it integrates with neoteric technologies like containers.