Opportunities and Threats of Autonomous Shipping 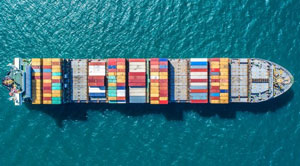 The ever-increasing level of technology is sweeping into the territory of shipping like any other industries. Established companies and tech start-ups have started employing technologies to one of the oldest industries in the world. This has made advancements in autonomous shipping too. The term autonomous ship describes a self-driving crewless vessel, having various degrees of autonomy. It can offer better efficiency, reliability, safety, and sustainability for shipping. Autonomous shipping holds the potential for numerous advantages to maritime industry.

Reduction of Human Error: Human error plays a key role in causing accidents at sea. Autonomous shipping vessels would be safer for humans, eliminating the risk faced by crews on high seas.

Enhanced Productivity: Improved productivity can be introduced through the reduction in fuel costs. The crew cost includes air conditioning units, crew quarters, heavy ballast and other amenities. Eliminating many of these items cause a decrease in weight, which in turn amounts lesser fuel cost and more space for cargo.

Despite these operational savings, large capital expenditure in the initial investment of technology must be done, especially in the early stages. This is not only for the ship but for setting up onshore operations for monitoring the fleet movements. There are challenges in reference with dealing with equipment failures and security measures in the absence of human crew.

Today there is a rise in hackers targeting the maritime industry, tampering with navigation systems and altering the course of a ship mainly to seize the cargo. Automation will allow attackers to have access to sensitive data. Digitization makes maritime industry increasingly vulnerable to cyber threats.

Related job loss is considered a downside but the value of human presence on board overseeing operations, despite the reliance on technology makes this argument baseless. Also, these downsides are not enough to prevent the transition to autonomous shipping.