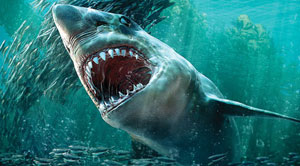 Content creators can use OctaneVR with OctaneRender VFX software to focus on hyper-realistic images breaking the limitations of Computer-generated imagery (CGI) and filmed media. The newly launched production tool supports one-click exporting of VR images and animations; they can be viewed directly on the Samsung GALAXY Gear VR with the help of Oculus 360 Photos and Oculus 360 Videos apps.

Along with the release of OctaneVR, OTOY also announced updates to OctaneRender 3 as well as Octane Render Cloud services. OctaneRender 3 is GPU-accelerated renderer which uses the graphics card in the computer to render photo-realistic images, and does this at very short wait times. It provides multiple GPU support and it’s on-screen view port allows immediate viewing of any changes made to image settings.

“It’s an experiment; it’s a bet on VR to push awareness. We want it free, even for commercial use and if it works, we’ll keep it free,” says Jules Urbach, Chief Executive Officer and Founder, OTOY.