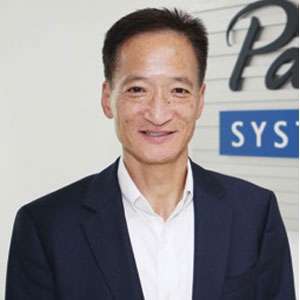 Park Systems is playing a crucial role in the development of Atomic Force Microscopy (AFM) technology, and it is the world’s top leading manufacturer of AFM systems with a complete range of products for different sectors. Park Systems has remained as the leading innovator in nanoscale microscopy throughout its long history. With the headquarters in Korea, the U.S., Singapore, and Japan, Park Systems creates the world’s most accurate and effective AFM’s for research and industrial sectors.

Throughout its long history, the company has been honored for providing accurate and easy usable AFMs. These have revolutionary features like true non-contact and other automated software. “We have superior technology, and our AFMs are advanced as they are designed based on a fundamentally different architecture,” explains Keibock Lee, president and general manager of Park Systems. Park Systems work with IMEC, one of the largest semiconductor companies that have been the official partner for more than three years which has provided good results.  Through this partnership, it has developed Park NX-3DM series, exclusively designed for high-resolution side wall imaging and critical angle measurements of semiconductor wafers.

"We have superior technology, and our AFMs are advanced as they are designed based on a fundamentally different architecture"

Park Systems is the leading manufacturer of AFM’s who was awarded one of the top 20 most promising Semiconductor Technology Solution Providers of 2018 by CIOReview Magazine. It was honored for developing semiconductor metrology solutions according to their customer needs and performance requirements. Park Systems have collaborated with many other semiconductor companies to fulfill the nanoscale microscopy requirements and increase the production throughput by an astounding 1,000 percent. Park Systems maintains the progression with industrial automated AFMs for manufacturing and developing the solutions for the existing optical metrologies in process development and defect analysis. New applications are developed for measuring the high-resolution 3D AFM metrology to improve production quantity and performance of the device.

Park Systems extensive product line in nanoscale metrology has resulted in a rapid global expansion since 2015. Park Systems’ AFMs are built for easy usage and are foolproof. It offers the best service and support in the metrology industry with highly skilled staff.