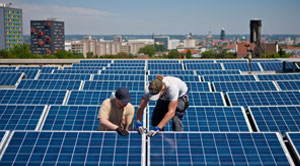 FREMONT, CA: The rapid growth of Photovoltaic (PV) industry makes it crucial to take action on reducing the use of toxic chemicals, developing responsible recycling systems, and protecting workers throughout global PV supply chains. To ensure that the PV sector is safe for the environment, workers, and communities, many PV companies are undertaking initiatives to produce clean and green energy systems through sustainable practices. In doing such great work, the Silicon Valley Toxics Coalition (SVTC) is helping these companies by providing them a scorecard every year on how the companies are performing on SVTC’s sustainability and social justice benchmarks to be environment-friendly.

The Solar Scorecard is based on SVTC’s annual survey of photovoltaic (PV) module manufacturers, as well as on prior survey responses, interviews, news stories, and publicly available data. The goal of the Scorecard is to enhance transparency around environmental health, safety, and sustainability issues for communities, workers, and the environment. In 2015 report, there were new members like LG, Jinko, Kyocera, AUO and WINAICO have actively participated. Among all the participants, SunPower (97), SolarWorld (93), Trina (92), REC (82) and Yingli (80) earned the top scores this year.

The key highlights of the 2015 Solar Scorecard include:

The number of companies committed to reporting environmental practices continues to fluctuate wildly from year to year. In 2015, the companies responded to the Solar Scorecard were 13 which is only represent only 35.8 percent of the total PV module market share. For the successful completion of the report, rest of the information has been gathered from publicly available documentation. In the present year, the number of PV manufacturers who have written letters to the Solar Energy Industries Association (SEIA) to seek action on Extended Producer Responsibility (EPR) for PV modules in the U.S has doubled from the previous year Scorecard.

The company who participated in a fully funded collection and recycling system for end-of-life PV modules produced globally has requested the Solar Energy Industry Association (SEIA) to support EPR laws and regulations; public EPR policies in the regions where the company manufactures and sells PV modules and take responsibility for recycling. The association have been urged to include the crossed out garbage bin symbol on PV module name plates, including a PV Cycle link on the company website; and clear notice on the website to educate customers on PV modules recycling.

The survey reported that methods of reporting use of hazardous chemicals to the public by PV manufacturers remain inconsistent. With scope for more active participation, only six PV manufacturers such as Trina, AUO, SunPower, SolarWorld, Sharp and JA Solar were found doing extensive chemical emissions disclosure and reporting on their websites. While sixteen companies were held responsible for reporting one or more categories of emissions including hazardous waste, heavy metals, air pollution, ozone depleting substances and landfill disposal.

"The inconsistent participation is largely due to bankruptcies, restructuring and new entries into the solar PV manufacturing market. We need consistent industry-wide sustainability practices and reporting procedures that consumers can expect from all solar companies," says Sheila Davis, executive director, SVTC.

Xtensible: Standards-Based Approach for an Integrated Data Fabric for the Utility