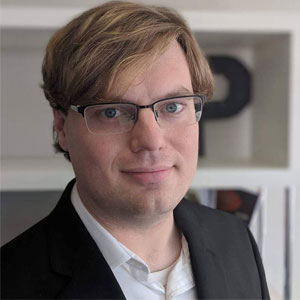 Physna recently confirmed it has raised $20 million in Series B funding with Sequoia Capital's guidance.

FREMONT, CA : Physna, the organization for geometric deep-learning and 3D search solutions, recently confirmed it had raised $20 million in Series B funding. Sequoia Capital guided the round with participation from Drive Capital, which led the Series A round of Physna in 2019. In order to satisfy Physna's increasing demand, the funds will be used to expand the team and boost development. In the current round, Sequoia partner Shaun Maguire will join the board of directors. The latest round takes the overall financing for the venture to $29 million.

The world economy is based on physical goods, and from the items, people use to the hardware that drives software. Even though, to date, 3D search has remained an unresolved problem, there has been no quick and successful method of searching to use a physical component's actual 3D model, like a CAD model or a 3D scan. It is particularly true when that element is a component of something bigger, like matching an assembly with a screw. For years, this problem has vexed businesses in nearly every industry, resulting in expensive and time-consuming problems from engineering and industrial design to sourcing and identifying parts everywhere.

"Paul and the Physna team have developed a breakthrough platform that enables the intuitive search of 3D models for the first time," said Shaun Maguire, partner at Sequoia. "With the amount of 3D data in the world about to explode, Physna will be the way this data is organized and accessed" ultimately, becoming the GitHub for 3D models."

"Physna has enabled a quantum leap in technology by allowing software to truly understand physical 3D data. By merging the physical with the digital, we have unlocked massive and ever-growing opportunities in everything from geometric search to 3D machine learning and predictions," said Paul Powers, CEO, and founder of Physna. "Having both Sequoia and Drive endorse this next-generation of search and machine learning helps Physna empower even more technical innovations for our customers and the market as a whole."