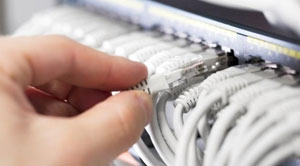 FREMONT, CA:  Polatis recently announced a radical change in its product offerings by enclosing new Polatis 7000 series into their product family. The new addition to the Polatis product suite supports 384×384 optic fiber port and has been designed to fulfill the requirement of the most demanding applications by reducing optical losses and increasing switching speeds. The 7000 series is an extended version of Polatis product line that has large capacity of 20to 40 percent space that enhances network performance of industries.

“As 7000 new series of products were put out, we can offer the widest dynamic optic fibre of high performance of product series to customer and connect the solution and open alternately now, but the interface programmed comes nowadays satisfied the constantly changeable Software Define the Network (SDN) Demand”, says Nick Parsons, Director, Polatis Company.

Polatis supplies the highest-performing optical layer connectivity and software defined networking (SDN) solutions for data center collocation, Test & Measurement and Video Distribution markets and also Government and defense. Its 7000 switch products are based on Polatis Company DirectLight mere switch technology that leads the product to consume a bulb consumption and deal with 3.7Pb/s mere business including the capacity of 9.6Tb/s.

“We now have unquestionably the broadest range of all optical switch products, from 4x4 to 384x384, and the combination of the new Series 7000 including its software feature set enables flexible, dynamic optical networks at scale," says Gerald Wesel, CEO Polatis.