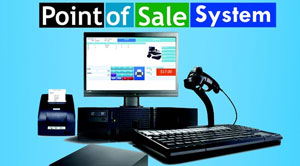 With the gradually increasing digital food service industry POS systems are becoming a central part of the modern restaurant's operations. The POS system, in recent times, has gone beyond becoming a mere restaurant billing software and developed into an end-to-end restaurant management tool.

FREMONT, CA: There is a significant difference between the restaurant owners who utilize customized POS system and the ones who still speculate on implementing the technology in their business. In order to help the not-so-advanced restaurant owners with the dilemma, here are some suggestions that indicate the need for a change of their existing POS system:

Since POS systems are not created equally, there is an abundance of POS software that can perform nearly everything possible unless the restaurant utilizes the right features for its required functionality. It is never too late to look for a new POS system if the existing one makes simple activities complicated. The software should simplify configuration for easy usage and be insightful to allow the staff to perform tasks without any difficulties. The restaurant owners who still use the traditional POS systems need to consider a shift from the existing ones to a tablet-based POS for faster and timely updates.

Customers remember as well as appreciate fast services and an efficient POS can bring swiftness in their operations yielding satisfactory guest experience. Similarly, it's always better for restaurant management to work with hybrid POS than internet-based systems, which can be proved more reliable as they do not rely on the quality of internet connections.

With the advancing POS industry, the market becomes acquainted with options that give efficient as well as affordable systems. Employing a POS system for restaurant owners can be most affordable as vendors offer discounts and suitable packages for multiple stations besides providing subscription-based pricing options that exclude long-term contracts. Leveraging fresh systems entail minimal hardware and ease the updates with reduced maintenance and operating costs.

Data hacking might be frequent in older POS systems, which were easy to attack, but a switch to newer and secure software can be effective. POS system is generally EMV enabled, which secures the transaction and the details of the cardholder, besides protects the data breaches with anti-virus software. Restaurant owners should have establishments that operate with cloud-based POS payment options, which are well-equipped with encryption software to protect customer data during transactions.

Share-ify: A New Era of Compliance for the Food Industry

Incentives Solutions: A Recipe for Sales Growth in the Food Industry

The Answer Company: The Answer to Enterprise Resource Planning Organizations