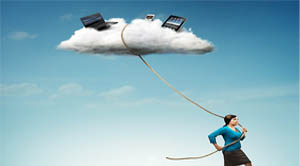 FREMONT, CA: With the increasing adoption of cloud services and the development in the internet of things that require greater data center involvement, the power consumption for the data storage is sure to take center stage in coming days.

More than two per cent of all energy generated in Europe is now consumed by data centers and their huge power consumption is a growing problem where demand is already high. However a consortium of enterprises, software engineers and public sector bodies has come together in a project called GreenDataNet to tackle the energy and emissions problems associated with urban data centre growth, reports John Leonard of computing.

Renewable energy such as solar PV or wind power can be used to fill power gap but its needs to be backed up by traditional power source to provide a continuous base-load. However this method is feasible if the renewable sources are at close proximity to the data centre.

Vehicle manufacturer Nissan believes that using depleted electric car batteries could provide a solution. Once a lithium-ion battery has lost 30 per cent of its capacity it can no longer be used in a vehicle. However, plenty of juice remains within and such batteries should be perfectly capable of handling the more regular loads demanded by data centers, the company suggests.

The consortium is paying heed to limitations within the data centre. A group of engineers at École polytechnique fédérale de Lausanne (EPFL) believe that that significant savings should be possible by optimizing data centre workloads.

GreenDataNet intends to come up with measures to enable urban data centres to operate on up to 80 per cent renewable energy, and simultaneously decreasing the average Power Usage Effectiveness (PUE) from a European average of 1.6 to 2.0 to below 1.3.

"There is an increasing demand-supply imbalance; you need lots of different technologies to address that. We have extremely different areas of experience, alone it would be impossible to cover all of this,” says Cyrille Brisson VP EMEA for power quality at Eaton.

However demonstration and pilot projects will be created. This initiative will primarily be open source to facilitate others to build on the work.