Prerequisite Skills for an App Developer 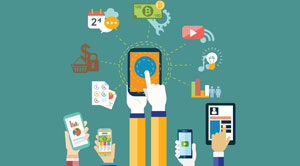 As technology becomes cheaper and smaller, mobile technology has reached every corner of the world at a baffling speed. These mobile phones require applications to perform any task on it, starting from making phone calls to recording and editing videos. The app development market is advancing fast with the growing needs of the users.

According to a report published by Red Hat, nearly 50 percent of companies are looking to hire app developers who can drive the growth of mobile app development. Of those companies looking to hire, 32 percent are looking for front-end skills, 27 percent for back-end skills, and 17 percent for DevOps skills. This reiterates the point that organizations are evolving and they are placing equal importance on back end integrations as they are on front end processes.

Companies are now looking for someone who is well-equipped to deal with every layer of the development stack and has the ability to extract insights from massive data sets. Organizations have understood that there are alternative ways of building mobile solutions, and that the hybrid, cross-platform approach is a mainstream now. Two of the most vital concerns regarding mobile initiatives today are security and backend integrations. The amalgamation of Platform as a Service (PaaS) and cloud has changed the way we look at app development and organizations are looking for new and different ways to increase speed and productivity. Iteration is just the right way to go about it. There’s no need to concentrate all the focus and energy on building the ‘mother’ of all solutions. You need to get the product out in the market and decide accordingly as to what works in its favor and what doesn’t, and then make the required changes. It goes hand-in-hand with DevOps and we are seeing mobile app development as one of the drivers of PaaS adoption.

Gone are the days when app developers could simply publish their app on an app store and expect a decent amount of downloads in record time. In an increasingly crowded market, to carve out a niche for oneself, developers need to exert a lot of effort to ensure that their app gets recognition from vacillating users. While there is no quick fix for guaranteed success, here are 4 skills that today’s app developer should have in order to stay ahead of the competing pack:

• As the mobile market proliferates, so does the fragmentation of mobile users across mobile operating systems, like Google’s Android, Apple’s iOS and Microsoft Windows. Developing an app for any specific OS will cut off a huge chunk of user base, so modern developers need to have a cross-platform strategy in place when they begin coding.

• A sound and bug-free code is just a part of a successful app. All of the most popular apps have unique and well-designed UI/UX, but a majority of them also have access to professional and well-equipped designers to help them along.

• With global expansion of the mobile market, it has become imperative for developers to start thinking globally. In order to successfully localize, developers should focus on two things: translating and tailoring. A translation service that will change all the text in the app to the local language of the country that you are targeting. Secondly, one should also focus on the needs and geographical preferences of the target audience, so that the product can be tailored accordingly.

• Developers should not expect success overnight. You will have to toil hard in order to achieve success. If your app is struggling, do not get panicky or discouraged; as it only requires a little more of effort to achieve that elusive thing called success

• According to the general trend prevalent today, developers should have a good grasp of Java. These days, developers who have mastered Java cannot go wrong. Java proficiency is by far the most frequently sought skill by executives and recruiters at the moment.

The developers need to keep evolving and be updated with the trends in the app development arena. It is the smart use of technology that is going to set the app developer apart from others, at this age of immense competition.