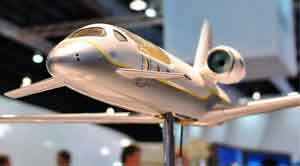 FREMONT, CA: According to the latest market research report by Technavio, the global semiconductor market in the aerospace industry is expected to post a CAGR of around 5% during the period 2018-2022. A key reason behind the above growth is the increasing modernization and up-gradation of aircraft. The aircraft industry across the globe is experiencing modernization with the incorporation of advanced electronics and semiconductor devices.

With its advanced operational capabilities, a semiconductor finds massive scope in Semiconductor in Aerospace devices like computers, data processing units, data -display systems, and aircraft guidance-control assemblies. Thus, semiconductors in the Aerospace market can have an advanced utility that will power the electronics industry. Here are the major semiconductor trends in the aerospace industry.

Various countries are using drones for military purposes. The growth in the use of UAVs in many sectors, like military and logistics, is expected to boost the demand for semiconductors. The demand for more advanced semiconductors would drive the growth of the electronics market in the future.

RF power amplifiers used in the aerospace radar systems are high on power and performance. The efficiency and bandwidth performance of RF power devices are substantially higher and thus are incorporated in the radars to deliver higher performance in terms of power and radar range. RF power semiconductor also reduces the number of radar systems needed to monitor the same perimeter, thereby offsetting cost. Thus, the demand for RF power devices can be expected to grow in the aerospace sector.

The advancements in semiconductor technology combined with the increased investment, will influence future innovations in the aerospace industry.