PromethION is here to redefine sequencing 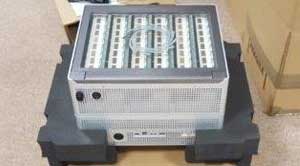 Sanger sequencing was revolutionary as it made possible for the first time to decipher entire genome sequences. A second revolution came when technologies for next-generation sequencing (NGS) appeared, making sequencing of genomes much cheaper and faster. NGS methods, however, have several drawbacks and pitfalls, their short reads most notably. Third-generation methods have recently emerged that can produce unprecedented quality genome assemblies. In addition, these technologies can detect epigenetic modifications on native DNA directly and allow sequencing of entire transcripts without the need for assembly. This marks the third technology revolution in sequencing.

The PromethION is the sequencing device of Oxford Nanopore Technologies, capable of delivering multiple terabases of data from a single run in real time. At a much larger scale, PromethION offers the same technology for real-time, long-read, direct DNA and RNA sequencing as MinION and GridION. PromethION is suitable for large-scale projects such as sequencing of the population or plant genomics. The current Beta system runs at any one time up to 24 flow cells. As of 2019, 24 and 48 flow cells will be available from PromethION P24 and PromethION P48. The system allows sequencing on-demand at any time using any flow cell. Users can start and stop individual experiments as required or deploy multiple flow cells to single experiments for higher speed or performance.

PromethION is MinION's projected big sibling. It will have 48 flow cells that can run independently; the device can run any number of them simultaneously between 1 and 48, and each flow cell can be started or stopped without disturbing any of the others. Flow cells of PromethION have a different shape than flow cells of MinION and more pores per device. On PromethION, all MinION sample preparation protocols and kits will work.

Each of the flow cells allows sequencing of up to 3,000 nanopores simultaneously, with yield potential of up to 7.6 Tb or further improvements of up to 15 Tb in the future. The average data yields of the sequence can vary widely and depend mostly on the properties of the sample. Average yields are correlated inversely with the molecule lengths of the library.

PromethION targets the core market of the laboratory and the genome center. These large, centralized facilities in many academic centers and larger companies offer access to expensive, challenging instruments. Many of the core facilities operate on a cost recovery model in academia; grants pay for the tools, and then users pay consumables plus labor charges but no amortization on the devices. Instrument acquisition is often a press generator for core laboratories and their institutions, as well as the companies that supply the tools, and makes nice things to show visitors. Huge instruments, like the Illumina X series, generate lots of data and headlines and impress touring bigwigs.