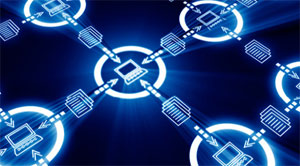 The enhanced potential of the package includes three distinct analysis modes and a new statistics window:

The intelligent test validation mode identifies transaction on the UniPro bus by analyzing number of packets in a trace capture. It further evaluates the protocol sequences and individual packets for conformance to the product specification.

The CTS verification mode test executive initiates conformance test cases, and then uses the trace validation engine to verify the resulting protocol sequences and packet validation to UniPro v1.0CTS. Its extensive reporting and validation tools include reports by test parameters distinguishing on the basis of status, test category, individual tests, or test rules. It also customizes on packet characteristics like packet number, byte, speed and link.

The stimulus mode creates specific traffic on the bus also with an ability to do error insertion. The technology also ensures full summary and track reports about pass or fail description.

The new statistics window leverages an overview of trace characteristics in trace validation mode. It executes hundreds of thousands of tests automatically, with a feature to stop after any number of loops, warnings or failures.