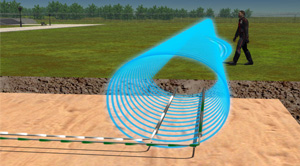 SUNNYVALE, CA: With the rising threats looming in IT sector, enterprises are constantly involved in upgrading the security system to the next level. Going with the trend, Quanergy Systems, a market distributer of LiDAR sensors and smart sensing solutions has updated surveillance solution to detect threats in 3D space. Quanergy introduced Q-Guard, a complete LiDAR-based security system that fences the perimeter and detects intrusion. This new security technology has been showcased by Quanergy at ISC West in a security industry tradeshow at Sands Expo and Convention Center in Las Vegas, Nevada

Q-Guard is integrated with one or multiple number of LiDAR-based detection sensors and perception software to track and classify objects. The system is designed to analyze and detect the object, track its movement, classify it as human or non human, and alert the security agent. Q-Guard alerts and guides the cameras in the areas of detection with its slew-to-queue capabilities.

The Q-Guard technology is available as a one-of-its-kind solution or for the leading video security solutions integration. It supports existing camera solutions and increases the range, minimizes the deterrent due to lighting and weather conditions by tracking critical intrusion within a range of 150 meter  to eliminate false positives and false negatives. Q-Guard precisely and accurately detects objects and their movements in any environment. It is deployed in power and water stations, airport, harbors, oil refineries or any industrial premises that deals with valuable equipments for protection against vandalism and terrorism.

Enabling the self-driving facilities for cars, drones and robots with its 3D object detection capabilities, Quanergy’s technology show cased its full product line at a recently held event ISC WEST that included the S3 solid state LiDAR sensor. Quanergy’s LiDAR has been deployed across 30 or more market verticals such as security, transportation, terrestrial and aerial mapping and industrial automation.