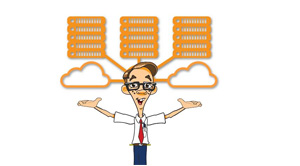 Ever since its appearance, bare metal switches have been fostered open networking. The technology has proven to be in parity with other SDN controllers in the market that are built by hyper-scale providers based on their own specifications. Moreover, organizations like Open Networking Foundation (ONF) is helping small and medium-sized player to stride towards open networking and open switching.

Bare metal networking plays a vital role in broadening the open switching spectrum since it facilitates networking users to take on issues like changing traffic patterns and vendor dependency–charged by the boom of cloud services. Bare metal switches are a type of open switches from ODMs with no operating system loaded on them. Termed as a device that lets decoupling of hardware and software on the networking stack, bare metal switches are mainly based on X86 processors which allow the switches to accept a variety of commercial operating systems. Bare metal switch is essentially a hardware device without any software loaded inside with the benefit of software selection provided to the user. The user has the privilege to select the applications required based on the OS that supports these applications, based on which the hardware is chosen.

There are two variants of bare metal switches–leaf switch and spine switch. Leaf-spine is a data center architecture recognized in the networking world whereas leaf switch provides access to the fabric or anything that needs to utilize the fabric like firewalls, load balancer and routers. It contains few ports to access the fabric and few ports for uplinking and interconnecting the fiber to layers above. This interconnection is going to be the spine, making way for the spine switch. All the ports on the spine switch are dedicated to connections for the leaf switches—it acts as a ‘backbone’ for the leaf switches. Every leaf switch in a server is connected to every spine switch. These switches set up and form the core for the operation of the servers, however they still need an operating system based on the networking requirements.

On the operating system side, bare metal switches are primarily based on Linux-based Network Operating System (NOS) with a full stack of Layer 2 and Layer 3 protocol support and fabrics. The switch comes loaded with a boot loader called the Open Network Install Environment (ONIE). ONIE combines a boot loader with a modern Linux kernel and BusyBox allowing end-users and channel partners to install target network OS. It enables users to manage operations grounded on number of hardware Stock Keeping Units (SKUs).

Customers have to procure third-party NOS separately. The support and the services for the same have to be obtained from the third-party NOS. The market has whole hosts of operating systems that can be loaded in the switches, such as Big Switch Networks’ Switch Light, Broadcom’s FastPath, Cumulus Networks’ Cumulus Linux, and Pica8’s PicOS. Most of the available operating systems have a commonality–they are all commercial software. Open Compute Project (OCP), founded by Facebook, bears Open Network Linux (ONL) which is an open-source distribution of Linux for bare metal switches. It is a development platform on which practical operating systems can be built. Formerly mentioned Broadcom’s Fastpath is built on ONL.

Manufacturers of bare metal switches are predominantly Taiwanese, and include companies like Accton, Quanta QCT, Alpha Networks, and Delta Computer, and other chipset producers like Broadcom, Intel and Mellano. Broadcom provides silicon to switch makers such as Cisco, Juniper Networks and Arista Networks along with manufacturers of bare-metal hardware. Hyper-scale operators like Alibaba, Amazon, Baidu, Facebook, Google, and Microsoft also have occupied the bare metal arena. Facebook is pushing its ‘do-it-yourself switches’–Wedge and 6-pack through its OCP. The industry appears to recognize and address their shortcomings and the vantages offered by bare metal switches.

Significance in the Market

Bare metal switches undeniably aids cost reduction, software and hardware disaggregation, and liquidation of vendor lock-in. But one of the vital benefits of bare metal touches on network automation from the server side–using tools like Chef and Puppet–and pushing provisioning costs to a zip. Bare metal switching brings in material improvement over trouble ticket driven processes. They are operated from a server silo en masse, and the configuration and maintenance is from a common server side–operated by a server group who don’t need to perform specialized tasks.

With bare metal switches, enterprises avoid a lock-in on vertical networking since it bolsters horizontal approach and competition. It provides a good amount of Capex savings, as well as a significant amount of Opex savings–even greater with automation. These infrastructure savings can be easily reinvested in additional hardware and newfangled solutions.

The impact on Ethernet switching industry made by bare metal switches has created a tremendous shake-up in the market. The bare metal switch market has advanced with adaptation of tested processes and systems, mated with the boldness to disrupt legacy business models to render easy, fast, and cost-effective networking. Bare metal switches constitute about 10 percent of the global switching market, and the mega-scale operators comprise a significant amount of these numbers. Nevertheless, there is uncluttered, undoubted rigorous adoption of bare metal networking in the market by small and medium operators. This is allowing the networking and IT industry to translate customer problem statements into innovative and open solutions.

If you are seeking for rich ecosystem, broad support for automation and monitoring tools, and improved economics, or turnkey technology solutions–bare metal networking vendors, suppliers, distributers, and partners are available worldwide.

Check Out: Metals and Mining Review