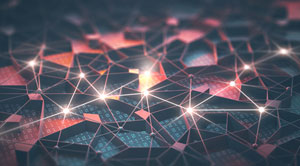 Red Hat replaces Oracle as the steward of OpenJDK 8 and OpenJDK 11 and will now oversee bug fixes, security patches and other maintenance issues.

Fremont, CA — Red Hat has taken over the maintenance responsibilities for OpenJDK 8 and OpenJDK 11 after Oracle expressed its intent to pull out of the enterprise Java business.

Red Hat’s move will benefit the Java community as it allows developers to continue building applications with Java after Oracle’s exit. Java 8, although relatively old, is currently one of the most widely used and popular programming languages for enterprise-grade applications, while Java 11 is its first long-term support (LTS) version.

Red Hat’s contribution towards Java OpenJDK began way before, in 2007, with the Iced Tea integration project. The company handled maintenance for OpenJDK 7 when the platform was launched in 2011 and for OpenJDK 6 through 2013 till 2017. It also leads upstream development of Shenandoah, a garbage collector software, which is currently a part of OpenJDK 12.It has been one of the most important contributors and members of the OpenJDK community since 2007.

Red Hat aims to work closely with the Java community to support and allow further innovation. The company extended commercial support for OpenJDK on Microsoft Windows in December, 2018. Its objective now is to launch OpenJDK in a Microsoft installer to distribute Iced Tea-Web, a free Java Web Start and the Java web browser plugin software implementation, under Windows OpenJDK’s distribution.

Red Hat will be maintaining releases for Java 8 and Java 11 and will also be deciding what gets added and what does not. This is very critical as future software updates from AWS, AdoptOpenJDK, SAP, Azul Systems and other software providers depend on the Java release.

International Integrated Solutions: Masters of It Infrastructure Modernization and Automation

Vizuri: Going Beyond the Conventional Approach to Problem-solving