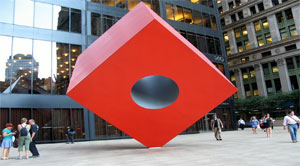 FREMONT, CA: A number of challenges hinder adoption of application containers according to an online survey conducted by TechValidate on behalf of Red Hat.

The survey of almost 400 IT professionals revealed that two-thirds of these are planning to rollout Linux containers in production within the next two years. Of those, 83 percent will roll out their deployments in virtual environments.

The survey results highlighted a number of lingering challenges blocking the way of adopting containers, including: security and a lack of certification of containers, integration with existing development tools and processes, management and existing knowledge and skills. The report also suggested that open source remains the dominant platform in the container world with more than 95 percent of respondents planning container development on the Linux operating system

The survey came after Red Hat rolled out a certified ecosystem for Linux containers based on Docker last March in an effort to address some of these adoption barriers. Survey respondents indicate that they plan to use container-based applications in cloud roles and as vehicles for web and e-commerce software. Linux containers keep applications and their runtime components together by combining lightweight application isolation with an image-based deployment method. Containers introduce autonomy for applications by packaging apps with the libraries and other binaries on which they depend.

International Integrated Solutions: Masters of It Infrastructure Modernization and Automation

Vizuri: Going Beyond the Conventional Approach to Problem-solving