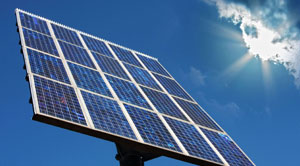 The introduction of bifacial solar panels has inspired utilities to dream for a brighter future where efficiency in services would be more. Generating power from sunlight that falls on front and back of a solar panel will pave the way towards solar energy’s cost-effectiveness. Driven by advanced technology, these bifacial panels would increase energy producing by 15 to 25 percent.

A utility developer, Canadian Solar recently announced that BiKu module; the first operational bifacial solar panel model would be more than 23 percent efficient in turning sun’s rays to electricity. With an aim to make sure that maximum energy could be sought out using these panels, researchers decided that all panels won’t be bifacial in a fully functioning solar cell house.