Regulatory Technology is the Businesses' Compliance 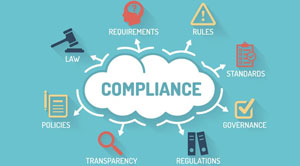 Economies worldwide are rapidly growing, more than seven years since the financial crisis began. The government has recovered the massive sums which they spent on infrastructure projects. Those projects characteristically engage a lot of communication linking local partners and governments, particularly in budding markets — where the call for those combined ventures is of the greatest degree. Whilst that has helped those economies develop, it has also motivated universal expansion in compliance. In actual fact, security company Kroll calls the mixture of government contracts, rising market spotlight, and intermediary agents a “high-stakes trifecta” from a fraud-risk viewpoint, introducing a lot of potentially appalling actors, like a contract administrator or a shaded procurer.

Alongside with ever-increasing scam and safety risks to governments, the risks to businesses globally are mounting as well. Scam and fraud are up and about, more than ever in promising markets. In Nigeria, the occurrence of scam is 30 percent; in Egypt, it’s 44 percent. Even in the developed world, it’s a major issue. The prevalence of swindle in the U.S. is 16 percent; in Germany, it’s 26 percent.

At the heart of the setback is the massive sum of business now taking a position in the digital globe, where it has become gradually more intricate to parse the dire actors from the good ones. According to Ernst & Young’s 2014 Global Fraud Survey, at least one in 10 executives reported their company had experienced a significant fraud in the past two years.

Cybercrimes are on the increase, too, posturing more and more threatening risks to businesses and governments. All this means businesses are underneath escalating rigid pressures, and that is lashing significant development in compliance, which will eventually guide to more insistent enforcement on the perspective.

New digital initiatives at monetary institutions and other businesses mean additional opportunities for fraud and cybercrime, but besides that, more opportunities for expertise to convene and alleviate those fears.