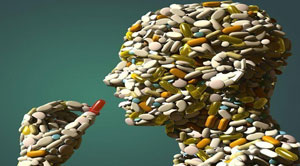 SALT LAKE CITY, UT: Phoenix PharmaLabs, a pre-clinical drug discovery company, announced the results of the research conducted by Torrey Pines Institute for Molecular Studies (TPIMS), on its advanced analog PPL-103. As per the study, PPL-103 does not provoke euphoria or other side effects which cause addiction and were consistent with previous studies of PPL-103, including Conditioned Place Preference (CPP) / Conditioned Place Aversion (CPA) studies conducted by Stanford Research Institute (SRI).

The research was carried out ‘using the self –administration paradigm in rats’ that has a high correlation to Human Abuse Liability (HAL) studies. "We want to get PPL-103 into human clinical trials as quickly as possible. The predictive validity from animals to humans is quite high for opioids, and therefore we believe that there is a high probability that PPL-103 will be safe, effective and beneficial for humans." said Bill Crossman, CEO of Phoenix.

The research also indicated that PPL-103 shows no signs of dysphoria, physical dependence, constipation and death from overdose. PPL-103 contains Phoenix New Molecular Entity (NME) compounds which bind to mu, kappa, and delta opioid receptors while the other opioids such as Morphine, Oxycodon, and Hydrocodone bind only to the mu receptor. The NME compounds stimulate the receptors partially which helps it to avoid negative the side effects of mu and kappa receptors. Moreover, PPL-103 does not induce any withdrawal symptoms which allow it to be used as a substitute for addictive opiates such as Methadone and Suboxone.

"Eliminating the incentive for abuse of pain drugs has to start with the underlying motivation," said Dr. John Lawson, Founder and CSO of Phoenix. "Any effective pain drug like PPL-103 that has no ability to generate euphoria in users is unlikely to support abuse and addiction. No patients in pain will later abuse such a drug if it doesn't produce a "high" in them", he said.