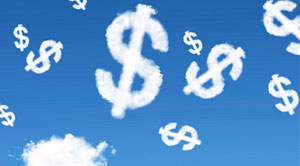 A European poll found that of every three information technology decision makers, at least two of them say that revenue is lost from their enterprise due to lack of cloud knowledge. It was estimated that the total revenue lost due to the shortage of cloud knowledge accounted for a 5 percent of the total international revenue. It was understood from the survey that 65 percent of the participants believed that better innovations could be brought to their company with the apt cloud insight and over 85 percent believed that the expertise in cloud technology would help them recover the money invested in the cloud itself.

Over half of the participants complained of the difficulty involved in hiring the right talents to manage the projects. Some other challenges included the competition to find the right talent, being unable to provide competitive salaries and inability to support satisfactory career growth and empowerment.

Being a global problem, it is clearly understood that without the perfect and apt expertise, there is a limitation on how a firm may be able to exploit the advantages of cloud. It is believed that businesses use an average of eight unique cloud services—both public and private. With the lack of skills to benefit from these, the companies are merely increasing the levels of complexity to their ecosystem while losing out on the gains.

An overall outcome of this is the amount of time drained out on cloud, which is otherwise meant to simplify the working. IT professional complain of the fact that more time than expected is being shelled out on managing day-to-day cloud functioning. The amount of time spent in managing clouds depended on the intensity with which the clouds were used.